A change is afoot
Obviously as creatures on a global mass spinning in space, we feel the shift in the light and the air.  We
instinctively perceive the culminating effects of seasonal changes that passed under the radar for most of the summer.  As members of the homo sapiens crew, we also mark the passage of time by calendars and there’s no denying that there are only 4 pages left ’til the ball drops on this aging year.

The universal message of September seems to proclaim…this month functions as the year’s last hurrah.  It’s a final period during which we should make the most of the annual cycle. 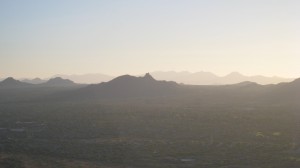 Numerological associations
Being associated with the number 9, September concentrates and focuses the native energy of our personal year…it asks us to do one last spectacular sprint toward the goals we’d imaged for ourselves this year. It encourages us to go the extra mile, even though we’re quite tired already.  So buck up and prepare yourself for an awe-inspiring push.

The momentum you set in motion this month will carry you through to the end of 2010.

Start with this pages to find out more about numerology.