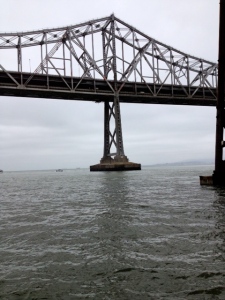 In the realm of numerology, unsurprisingly, addition matters. Generically, to get the universal theme it’s a logic game: x + y = z. Translated into numerology…month plus year equals theme. This is how numerology works…where see the theme, we have access to more knowledge.

In September, this calculation added up to a concentration of energy…every September is the crystallization of the energy for the entire year. In October, we perform a plus one mathematical operation whereby whatever your personal year is, you add one to it.

Universally, last month was a FIVE and as of October 1st, through the magic of summation, we now arrive arithmetically at a Six.

SIX is not as fun as FIVE
OK…that title header above is reflection of my dark side. I’ve been trudging through my own Six year for the last 10 months and it’s been hard because Six is a missing number in my own chart. It is my raw spot; my wound.  When I come face-to-face with Six energy, my first response is to not like the smell of it–the emotional aroma of family and obligation puts me in a funk.

Personally I chafe at the perceived burden of caring that profoundly about something or someone. That kind of mind-body-soul connectivity, that overwhelming sense of responsibility to family, country, maker, or ideal makes me panicky. To care about someone or something so completely, requires a level of surrender I’m exceedingly uncomfortable with. I feel out of control.

Following the logic of caring
That which one cares about acutely is where one feels vulnerable. And where we feel vulnerable, we tend to erect protective walls. I’ll be the first to admit, I have constructed great stockades to protect myself from all the Six in my life, much to my detriment.

“The wound is the place where the Light enters you.”

Think about the beautiful simplicity of this statement for a moment. Of course the places where we hurt are where we we need to grow! How silly of us (ahem, me) to forget.

To all who are good at Six (and I happen to know a great many of you) and to those to whom Six feels like a vice (“Here!”), embrace your Six now, move toward it, be it. Because this October is a small but significant foray into the land where we will all find ourselves come January.

SIX in the land of FIVE
October then is about accommodation and connection. October is the wave that tides us over from the place of immoderation reached in September (full expression of freedom) to January’s focus on more giving and less taking.

(An aside...a great example of the quality of Six can be found in the book "The Giving Tree", which Wikipedia says mirrors of the quality of human life. I hate this book. Well, maybe I don't hate it. But it wouldn't be an overstatement to say I certainly don't like it. Yes, I'm a very, very flawed human missing all Sixes. And this book was written for me. But more on that later once we get to 2013.)

Thing is, we humans don’t like to give up our freedom. We revel in freedom like fresh catnip on a spring day. If left to our own devices we binge on freedom, get drunk on it, consume it until we are nothing less than scrimy blobs of self-interest marooned on a broiling sea of narcissism. Yes, that’s the human condition unless tempered by Six.

October’s lesson: We have something to lose
Encouraging us to crawl out of a debauched bender of unchecked freedom is the role that October 2012 plays. October stimulates our need to meaningfully connect with others, goosing our instinctive but buried aptitude for sensing and responding to the collective. This isn’t to say we won’t resist our original programming and return to our separate ways. We WILL… This too is illogically part of the human condition.

But the memory of the coming together is sticky. It lingers, often times more pleasantly then we’d like to admit.  October prepares us for the whole year of Six ahead of us…October helps us practice the human trait of clumping and relating and cohering.

From the tail end of my Six year, I sheepishly wish you a good October full of linkage of any sort.  This year has reminded me, we need others, quite desperately and divinely.

Where you see opportunities to reduce the emotional distance between yourself and another person, make it happen. Misquoting Gandi, “You must be the bridge you want to see in the world.”

Good bridging to you. And I’ll see you in November.

Start with this pages to find out more about numerology.